Crash Causes - FAILURE TO YIELD THE "RIGHT OF WAY" 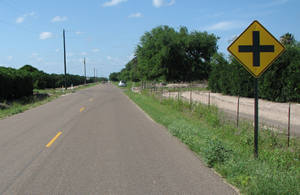 FAILURE TO YIELD THE "RIGHT OF WAY" (continued)

There is no specific law about who goes first at a four-way or all-way stop, only that drivers must stop and may enter the intersection only when it is safe to do so. It is a widely accepted convention that it's first-come, first-served. When you stop at a four-way stop just look to see who's already there. Let those vehicles go before you proceed.  If two or more people get there at the same time, then yield to the person on the right.

The 5 Leading Causes of Crashes in Texas Cause Comedy Class