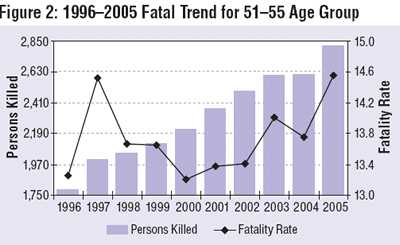 Figure 2 data, when compared among age groups—indicates fatalities among the 51-55 age group have increased an annual average of 5.2 percent per year (the highest among all age groups). The 56-60 and 46-50 age groups have the second highest and the third-highest increases in fatalities per year. This is most likely due to high stress levels, fatigue and an increase in the population of this age group.