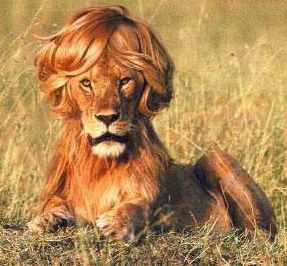 Let's look a little closer at what happens when you drink alcohol...and what the physiological effects are. The publication Alcohol Health and Research World makes these points in an article, “Effects of Alcohol on Driving Performance,” stating that all are impaired to some extent by alcohol:

Alcohol is a widely consumed recreational drug, with many people drinking it in social settings. However, alcohol can have a significant impact on psychomotor skills, which are abilities that involve both physical and mental processes. This article will discuss how alcohol affects psychomotor skills and how people can reduce their risk of impaired performance. Psychomotor skills involve complex physical and mental processes, such as coordination, reaction time, balance and decision-making. As such, they can be affected by alcohol. Consuming alcohol can impair these skills, making it more difficult to perform activities such as driving, operating machinery and playing sports. Alcohol affects psychomotor skills by slowing down the brain’s ability to process information, as well as by causing physical changes in the body. Alcohol can have a sedative effect, making people less alert and less able to concentrate and make decisions. It can also cause physical changes such as poor muscle coordination, poor balance and slowed reaction time. The amount of alcohol consumed is an important factor in determining the severity of the impairment. Generally, the more alcohol consumed, the greater the effect on psychomotor skills. However, even small amounts of alcohol can have a significant impact on these skills. Those who wish to reduce the risk of impaired psychomotor skills should avoid drinking alcohol. However, if alcohol is being consumed, it is important to drink responsibly and in moderation. Consuming alcohol slowly and not drinking on an empty stomach can also help to reduce the risk of impairment. In conclusion, alcohol can have a significant effect on psychomotor skills. This can include impairing balance, reaction time, coordination and decision-making. To reduce the risk of impaired performance, it is important to drink responsibly and in moderation.

The brain's control of the eyes is highly vulnerable to alcohol. People lose important peripheral vision

Alcohol and vision are closely related. Our vision is one of our most important senses, and it can be significantly affected by alcohol consumption. Although the effects of alcohol on vision are not permanent, it can still cause considerable and potentially dangerous impairments in the short-term. Alcohol affects the eye in several ways. Firstly, it reduces the amount of light that is focused on the retina. This can cause blurred vision, double vision, and decreased contrast sensitivity. It can also cause eye strain and dry eyes, as alcohol disrupts the natural lubrication of the eyes. Alcohol also affects the brain’s ability to process visual information. This can lead to difficulty focusing and slower reaction times. This makes it more difficult to judge distances and speeds, and can lead to increased risk of accidents. Long-term alcohol use can also lead to vision problems. Excessive alcohol consumption can lead to nutritional deficiencies, which can cause eye problems such as dry eyes, cataracts, and glaucoma. In addition, alcohol can damage the optic nerve, leading to vision loss. It is important to be aware of the potential effects of alcohol on vision and to take steps to reduce the risk. The safest option is to not drink at all. If you choose to drink, it is important to do so responsibly and to limit your intake. It is also important to eat a healthy diet and to get regular eye exams to ensure that any vision problems are identified and treated promptly.

Alcohol is a widely used substance around the world, but its effects on the body are complex and varied. Depending on the amount and type of alcohol consumed, the body can experience a variety of physiological effects, ranging from mild to severe. Short-term effects of alcohol can include impaired judgment, blurred vision, slowed reflexes, and difficulty breathing. These short-term effects are typically caused by the body’s inability to process the ethanol in alcohol quickly enough. As the blood alcohol level rises, so do the levels of intoxication, which can lead to further impairments in motor skills, memory, and decision-making. Long-term effects of alcohol on the body can be much more severe. Heavy drinking over long periods of time can lead to irreversible damage to the liver, heart, and other organs. Alcohol can also cause a variety of mental health issues, including depression and anxiety. Furthermore, alcohol can increase the risk of certain types of cancers and can cause birth defects in unborn babies. In addition to the physical effects of alcohol, the body can also experience psychological effects. These effects can include changes in mood, impaired concentration, and impaired executive functioning. Alcohol can also increase the risk of reckless behavior and aggression. Alcohol can have a variety of physiological effects on the body, ranging from mild to severe. The severity of the effects will depend on the amount and type of alcohol consumed. It is important to drink responsibly and in moderation to reduce the risk of long-term damage to the body.