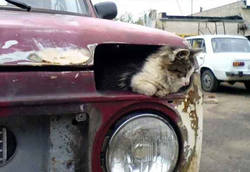 Errors - Failure to Use Turn Signals

This common driver error is simple to resolve, and could save your life. Let other drivers know in advance when you are turning, also which direction you will be turning. Signal other drivers when you are about to change lanes. Do not expect them to guess your moves. Keep in mind that they may not being paying close attention to you. Avoid major and minor accidents simply by using your blinkers. Turn signals off after changing lanes.

If you’ve ever been driving on the road, you know how important turn signals are. Not only are they a legal requirement, but they also help keep drivers safe on the road by allowing them to anticipate the moves of other drivers. Unfortunately, this doesn’t stop some drivers from failing to use turn signals, which can lead to serious accidents and even fatalities.

Overall, it’s essential that all drivers use turn signals whenever they are changing lanes or turning. Not only is it a legal requirement, but it also helps keep all drivers safe on the road. Remember, when you fail to use turn signals, you’re not just putting yourself at risk – you’re putting all other drivers at risk too.