Driving on an expressway can be a dangerous experience due to the high speeds and large number of vehicles traveling at one time. The risks of expressway driving include collisions, lane changes, and highway hypnosis. It’s important to remain vigilant when driving on expressways and to practice safe driving techniques.

Collisions are one of the greatest hazards on the expressway. Due to the high speeds, collisions can be devastating. To avoid collisions, drivers should always be aware of their surroundings and maintain a safe distance from other vehicles. When driving on an expressway, it’s important to watch for sudden lane changes by other drivers. Drivers should also use their turn signals to alert other drivers of their intentions.

Lane changes can also be dangerous on expressways. When drivers make sudden lane changes without indicating, they can create dangerous situations. To avoid this, drivers should always use their turn signals when changing lanes. Additionally, drivers should look in their rearview mirrors before changing lanes to make sure there are no other vehicles in their blind spot.

Highway hypnosis is another danger of expressway driving. This occurs when drivers become so focused on the road that they become unaware of their surroundings. To combat this, drivers should take regular breaks when driving long distances and switch lanes frequently to avoid monotony.

Overall, expressway driving is a dangerous experience. Drivers should remain alert and practice safe driving techniques to avoid collisions and lane changes. Additionally, drivers should take regular breaks to avoid highway hypnosis. By following these safety tips, drivers can ensure a safe and enjoyable experience on the expressway. 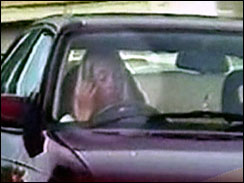 Taking risks in making left turns, driving without both hands on the wheel, not giving the proper turn signal within the required 100 feet of an intersection, driving too fast for existing road conditions, tailgating and rude behavior, talking on cell phones, putting on makeup or adjusting GPS are typical urban driving no no’s. You've probably observed them all. You may even be guilty of some of them yourself. But keep in mind, you may be stopped by the police and given a ticket. Or worse, you could be killed or seriously injured.

So always use good judgment in urban traffic, and err on the side of caution. Obey all traffic laws and procedures, and prepare in advance the route you will take. Recognize the limits and abilities of your vehicle, and keep it suitably maintained. Drive courteously, and enjoy the city.