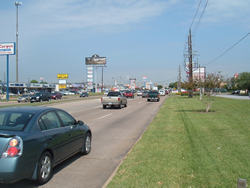 reaction time. Look far ahead in traffic to check for hazards and potential problems. Keep the entire area in mind. Be prepared for the unexpected and leave yourself enough room to safely maneuver. Be prepared to brake when you see brake lights ahead, or when arriving at intersections. Be aware of stalled or parked cars, which could have passengers entering or exiting their vehicle.

Expressway driving is a skill every driver should know and practice. Expressways are roads that are designed to move traffic quickly, greatly reducing the amount of time it takes to get from one place to another. They are often wider than regular roads, allowing multiple lanes of traffic to travel in the same direction. Expressways are usually divided highways, meaning that the traffic is separated by a median.

When driving on an expressway, it is important to be aware of the speed limit and to stay within it. Speeding on an expressway can be dangerous, especially if the traffic is heavy. Drivers should also be aware of their surroundings and pay attention to the other vehicles on the road. On expressways, it is important to use your turn signals when changing lanes and to stay in the right lane unless passing.

Expressway driving can be a bit intimidating, especially for novice drivers. However, with practice and patience, it can be a safe and enjoyable experience. By following the tips outlined above, drivers can ensure that their expressway driving is as safe as possible.