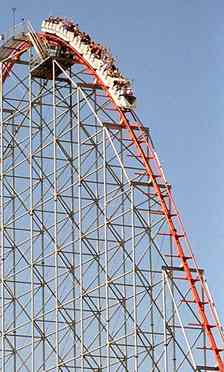 Kinetic energy is the energy an object possesses due to it's motion. A vehicle in motion has more kinetic energy than one at rest. Every time you want to stop your car you must overcome the kinetic energy your vehicle has built up.

Don't worry about remembering this formula. Just remember that due to Kinetic Energy your braking distance is four times as great if you double your speed .

Kinetic energy is an important factor in traffic collisions. It is the energy of motion, and it can have a significant impact on the severity of a crash. Understanding kinetic energy and how it works can help drivers stay safe on the road.

Moreover, the size and type of the vehicles involved in a crash can also affect the kinetic energy of the collision. Larger vehicles such as trucks, buses, and SUVs have more mass, and thus more kinetic energy, than smaller vehicles such as cars and motorcycles. Additionally, vehicles with higher safety ratings will also be more likely to withstand a crash due to their higher mass and higher safety ratings.

It is important to understand kinetic energy and how it affects traffic collisions. Driving at the speed limit and being aware of the size and type of vehicles on the road can help drivers stay safe. Additionally, understanding the direction of travel of vehicles that are approaching can help drivers make decisions that can reduce the force of impact in a collision. By understanding kinetic energy, drivers can help reduce the severity of a crash and keep themselves and others safe.