Injuries and Economic Losses from Collisions 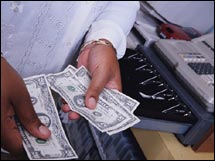 In 2000 an estimated $19.7 billion in economic costs were due to motor vehicle crashes according to NHTSA.

The economic cost of motor vehicle crashes in 2000 was $230.6 billion. This represents the present value of lifetime costs for 41,821 fatalities, 5.3 million non-fatal injuries, and 28 million damaged vehicles, in both police-reported and unreported crashes. Just looking at speed related collisions, the economic cost to society was estimated by NHTSA to be $40.4 billion that year.

The physical and economic costs of road collisions are too often overlooked in the discussion of transportation safety. While the focus is often on the immediate and visible physical injuries that can occur in a crash, the economic losses that result can have devastating long-term effects on individuals, businesses, and communities.

Injuries sustained in a collision can range from minor cuts and bruises to more serious and life-altering disabilities. The immediate costs of treating these injuries are often high, with medical bills, lost wages, and other expenses quickly adding up. In the worst cases, the costs of long-term care or rehabilitation can be even more substantial.

The economic losses associated with road collisions can extend beyond the injured parties, however. For businesses, the costs of replacing damaged equipment or vehicles, lost productivity, and higher insurance premiums can add up quickly. Communities are also impacted, as public funds are often used to repair damaged infrastructure and cover emergency services.

In addition, the intangible costs of a road collision can be tremendous. Victims may suffer from psychological trauma, loss of independence, and reduced quality of life. Businesses may lose customers and face reputational damage due to an accident, while communities may suffer from a decrease in tourism or other economic activity.

Ultimately, the costs of a road collision are much more than just the physical injuries sustained. It is important to recognize the economic losses that can result from such an event, and to take steps to reduce the risks of collisions. By investing in safer roads, better infrastructure, and stricter enforcement of traffic laws, we can reduce the number of collisions and the costs associated with them.