When you reduce your speed, the lower potential change in speed of your vehicle in a collision. An exception would be a rear end collision. It is important to not drive so slow that there is a significant difference between your and other traffic traveling headed the same direction as your vehicle. Most f 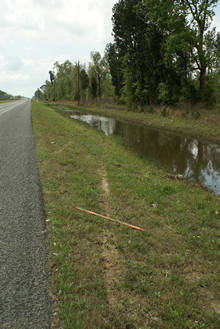 reeways have minimum speeds to reduce the likely hood of collisions due to some vehicles traveling too slow.

If you find yourself headed off a road due to avoiding a collision or for whatever reason, obviously, head for the path of least resistance. You might end up hitting something, but it's better than hitting another vehicle head on. If your going to hit something go for the bushes instead of something hard like trees or posts. Brake to slow your speed, but not so much that you go into a skid. Squeeze non-A.B.S. brakes. For A.B.S. keep heavy pressure on the pedal. Once skidding you will loose you ability to steer and avoid obstacles.