Litter Fines and Penalties in Texas

According to the Texas Litter Abatement Act: 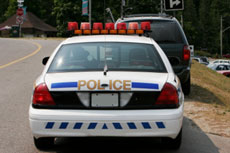 You can be fined up to $500. Repeat the offense, and you could face a fine of up to $2,000 and 180 days in jail. If a person has been previously convicted of violating this Act, that person's punishment will be upgraded to the next highest category for any subsequent violation of this Act. In other words if someone was convicted of a Class A misdemeanor previously they would now be subject to a third-degree felony.

Here are some common violations: