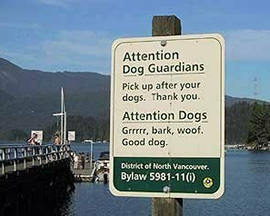 Intersection Lane Control signs are an important form of traffic control signage. They are used to regulate the flow of traffic at intersections and are placed in strategic locations to ensure the safety of drivers and pedestrians.

Intersection Lane Control signs are typically used in high-traffic areas, such as city streets and highways. By providing drivers with clear guidance on which lanes to use when approaching an intersection, these signs help to reduce the number of accidents and improve the overall flow of traffic.

In addition to the “Do Not Cross” sign, there are other types of Intersection Lane Control signs. These include the “No U-Turn” sign, the “Stop Ahead” sign, and the “Left Turn Only” sign. Each of these signs serves a specific purpose and provides drivers with clear guidance on which lane they should use when approaching an intersection.

Intersection Lane Control signs are generally made of reflective materials so that they can be easily seen by drivers, even at night. The signs are also often placed in areas where they will be seen by pedestrians, such as crosswalks, to ensure that everyone understands the rules of the road.

Overall, Intersection Lane Control signs are an important tool for keeping drivers safe. By providing clear guidance on which lanes to use when approaching an intersection, these signs help to reduce the number of accidents and improve the overall flow of traffic.

Passing and Keep Right signs are important safety signs that are found along roads, highways, and other areas to help keep traffic safe and orderly. These signs are usually placed on the right side of the road and are used to indicate when it is safe to pass a vehicle or when a driver should keep to the right of the road.

Passing signs are typically used when two vehicles are moving in opposite directions on the same lane or road. A Passing sign indicates that the vehicle in front of you should move to the left side of the road, allowing you to pass safely on the right side. Passing signs are generally found in areas where the lane is wide enough to allow two vehicles to pass each other safely.

Keep Right signs, on the other hand, are used to indicate that drivers should stay to the right side of the road, even when there is no vehicle in front of them. Keep Right signs are commonly found at the start of a two-way street, at the start of a one-way street, and at intersections. They can also be used to indicate when to move over to the right lane in order to allow faster-moving vehicles to pass.

Both Passing and Keep Right signs are important safety signs that are designed to help reduce the risk of accidents and keep traffic flowing smoothly. Drivers should always obey these signs and be aware of them when they are driving. By following these signs, drivers can help ensure that all vehicles on the road are safe and that everyone can get to their destinations safely and on time.

It is also important to note that these signs are not always visible. In some cases, they are obscured by trees, buildings, or other objects. If a driver cannot see a Passing or Keep Right sign, they should use their best judgment as to when to pass or keep to the right of the road.

In summary, Passing and Keep Right signs are important safety signs that should be obeyed at all times. They are designed to help keep traffic safe and orderly, and by following these signs, drivers can help reduce the risk of accidents and ensure that everyone can get to their destinations safely and on time.

Speed limit signs are an integral part of the road system and are used to inform drivers of the maximum speed they can travel on a particular road or highway. The speed limit is often set by local or state governments, or may be posted by private property owners. Speed limit signs are designed to promote the safety of the public and reduce the number of accidents that occur on the road.

It is important for drivers to obey all posted speed limit signs, as driving at excessive speeds can be dangerous and even deadly. Driving too fast can cause collisions, endanger other drivers, and increase the likelihood of serious injury or death. Speed limits are also in place to help reduce fuel consumption and improve air quality.

Speed limit signs come in a variety of shapes, sizes, and colors. The most common type of speed limit sign is a rectangular yellow sign with black lettering. This type of sign is used to display the maximum speed allowed on a given road. Other types of speed limit signs include triangular, diamond, and octagonal signs, which are used to indicate the speed limit for a particular area or stretch of road.

In addition to speed limit signs, there are also other signs that may be posted to further inform drivers of the speed they should be travelling. These include warning signs, which alert drivers to potential hazards, such as sharp turns or dangerous intersections. Other signs, such as speed limit signs with an arrow, indicate that the speed limit is only applicable in one direction.

Speed limits are enforced by police and other law enforcement agencies, who can issue tickets or other penalties to drivers who are found to be speeding. It is important to note that speed limits are subject to change and can vary depending on the time of day, weather conditions, or other factors. It is also important for drivers to remember that the posted speed limit is the maximum speed that can be legally driven, and not necessarily the optimal speed for the safety of other drivers.

Overall, speed limit signs are essential for ensuring the safety of drivers and other road users. By obeying posted speed limits, drivers can help prevent collisions, save fuel, and reduce air pollution.

Intersection, speed and one-way signs are also examples of regulatory signs. Turning the wrong way onto a one way road is a common cause of serious head-on collisions. Tip - At night, if red road reflectors appear, you are traveling in the wrong direction.

One way signs are a common sight on roads and highways, often seen in the form of a white arrow pointing in a single direction. The purpose of these signs is to tell drivers which direction they should travel in, and to alert them to any potential hazards ahead. One way signs can be found in many different shapes, sizes, and colors, but they all serve the same general purpose.

In addition to the basic one way signs, there are also a variety of other signs that may be used to alert drivers of potential hazards. These include signs indicating curves, slippery surfaces, or road construction. There are also signs that are used to indicate the presence of animals, such as deer or other wildlife, as well as signs warning drivers of potential hazards such as flooding or falling rocks.

It is important to remember that one way signs are not only used to warn drivers of potential hazards, but also to keep traffic flowing smoothly. By following one way signs, drivers can help ensure that traffic is kept moving in the right direction, and that no one gets into an accident.

One way signs are an important part of traffic safety, and they should be respected and followed at all times. Drivers should always pay attention to one way signs, and should always obey the directions given by them. By following one way signs, drivers can help ensure that traffic is kept moving in the right direction, and that no one gets into an accident.