Friction and it's Effect on Braking and Driving 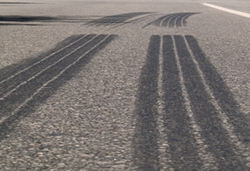 Friction is a force that exists between two surfaces when they come into contact with one another. It is a force that opposes the motion of an object and can be used to slow it down or even stop it completely. Friction plays an important role in both braking and driving, allowing us to control the motion of our vehicles and keep them safe on the roads.

Friction is an important factor in braking, and the amount of friction that is created is determined by the type of material used in the brake discs. This is why higher-performance cars often have more expensive brake discs that are made of materials that create more friction when the brakes are applied.

Friction is also important for driving, as it provides grip between the tires and the road. Without this grip, the tires would simply slide on the road, making it difficult to turn and control the vehicle. The amount of grip provided by friction is determined by the type of tire used and the condition of the road.

The tread on a tire is designed to provide extra grip between the tire and the road. The tread pattern is designed to create channels that allow water to be displaced away from the tire, providing more grip in wet or icy conditions. The tread also helps to create more friction between the tire and the road, allowing the vehicle to have better control. The tread wear on a tire will also affect the amount of grip that is provided, as worn tires will not provide as much grip as new tires.

Friction plays an important role in both braking and driving. In braking, it is used to slow down and eventually stop a vehicle. In driving, it is used to provide grip between the tires and the road, allowing the vehicle to be driven safely. The amount of grip provided by friction is determined by the type of tire and the condition of the road.